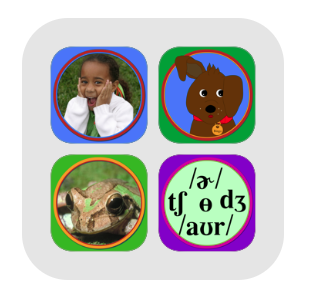 This bundle has colorful and engaging pictures and drawings for articulation therapy. Word Practice has youthful drawings for early language learners. Artic Practice has 536 colorful drawings to hold children’s interest as they practice consonants in the Initial, Medial, and Final positions and Consonant Clusters. Articulation IV has 475 photos that appeal to older students who are having trouble with R, S, L, and Th sounds. Each screen has a word, target sound, phrase, and three sentences modeling good speech. The child can record and play back their speech and keep track of their progress.

IPA for SLPs has videos and graphics that teach the 43 English speech sounds that are used in Learning Fundamentals apps. This is a great way for students to learn the different spellings that make up English sounds and practice specific sounds in isolation.
Get Speech Sounds Bundle at the App Store for $19.99 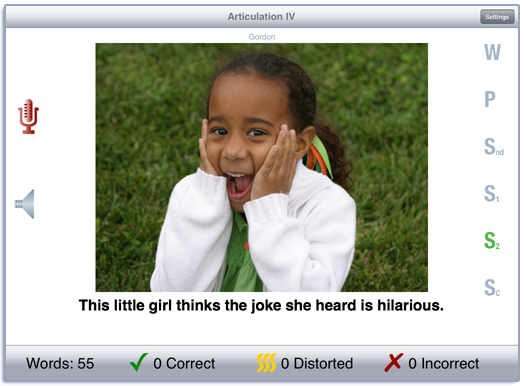 This app has four of the most common articulation targets (R, S, L, and Th) in the Initial, Medial, Final positions and in Consonant Clusters.

Sort the words by target sound and position, and by curriculum area. Groups include: computer-related words, math, time and measurement, curriculum words, emotions, food, and music.
Get Articulation IV at the App Store for $9.99 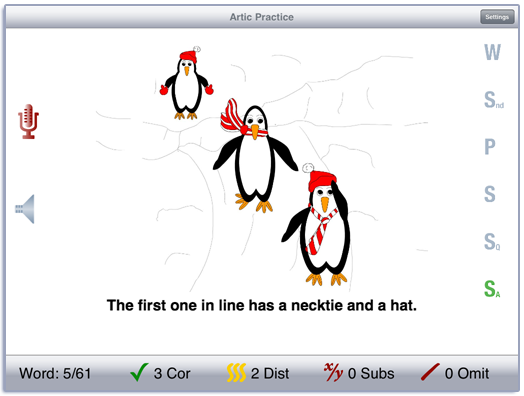 Artic Practice gives you more Speech Therapy for school and home practice! This app has colorful drawings to hold children’s interest as they practice their good speech. Practice consonants in the Initial, Medial, and Final positions and Consonant Clusters. The app also has Vowels and Vowels + R.
Get Artic Practice at the App Store for $9.99 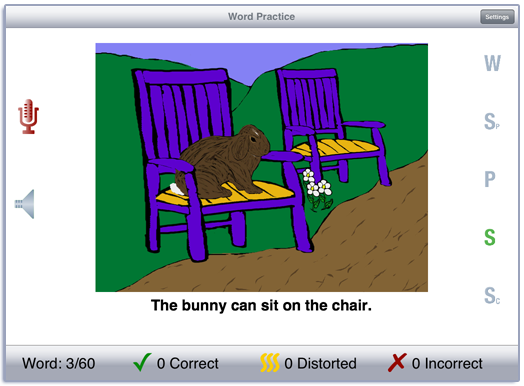 Colorful drawings or photos are presented in three categories: Common Verbs, Contrast Words like “over/under”, and Animals. Tap on the buttons to hear the Word, a Parentese sentence, the Sounds in the word, a Sentence, and the word used in a Command. Use the microphone to record and play back the child’s speech.
Get Word Practice at the App Store for $4.99 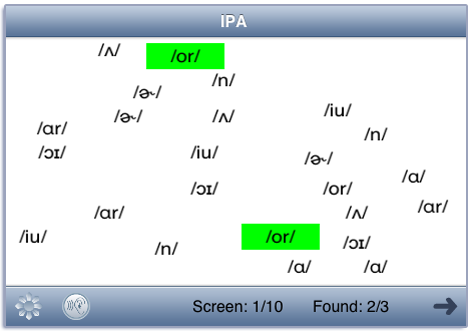 Videos and graphics teach the 43 English speech sounds that are used in Learning Fundamentals apps. After the sounds are mastered, a practice mode allows you to test your memory for instant recall. This is a great way for students to learn the different spellings that make up English sounds. It can also be used to learn the International Phonetic Alphabet and become adept at recognizing the symbols.

In the learning mode the student becomes familiar with the IPA symbols and their corresponding speech sounds, their LocuTour spelling, and alternate spellings.

The video mode is most useful when first learning the speech sound, particularly if the target sound is not contained in the learner’s native language (like ”th”) or is a frequently mispronounced sound (like “r”). Videos can be referred to anywhere along the learning curve, from first exposure to imitative practice.

Once the student is familiar with the sounds, use the Settings button to switch to the practice mode. In this mode, the student listens to a target sound and picks a the IPA symbol out of a field of IPA symbols.
Get IPA for SLPs at the App Store for $3.99