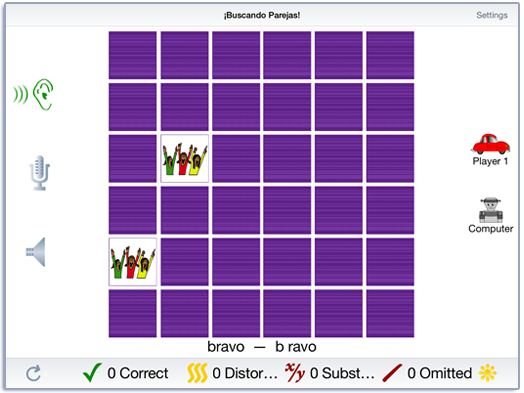 Match Ups! is one of our favorite games of all time. We like it so much that that we’ve put it on lots of our CDs. The first version of Match Ups! was added to our Attention and Memory: Volume I CD around 1996. It is primarily a memory exercise, a visual scanning task, and just for fun. This version was made specifically for phonology practice by Spanish speakers.

You can control many aspects of the game in the Options tab and pick from lots of different cards in the Cards tab. Three features are available on the main screen. If you need a hint, you can turn all of the cards over by tapping the circle with an arrow at the bottom left side of the screen. It will turn to a card back when the cards are face up. Tap it again to turn them back over and continue playing. You can also see a label for the card by tapping the sunburst at the bottom right hand side of the screen. Text will display below the cards that describes the picture, e.g. “red square“, “lion”, “Dusty and Jack”. You can also listen to the description by tapping on the ear at the top or side of the screen. You can pick from a female, male, or Spanish language voice in the options. If the voice is in Spanish, the text will be as well.

Score the child’s speech production using the Correct, Distorted, Substituted, and Omitted buttons at the bottom of the screen. If the word was pronounced correctly, tap the green check. If the pronunciation was distorted, tap the wavy yellow lines. If a different sound was substituted for the target sound, tap the x/y button. It the target sound was omitted, tap the / button. You can record and score as many times as you wish on each screen.

The game can be played with all of the cards turned face up in the visual perception mode. With the cards face up, you can engage in auditory bombardment. This is good for very young children, individuals with severe cognitive impairment, or individuals with visual perception deficits. Tap the Play as Visual Perception Task to enable this option. Game play is the same as with the regular game except that when a card is tapped, a green outline appears behind the card. When the next card is tapped a green outline appears behind it as well. If they match, they disappear. If not, the outlines go away.

The Results tab shows the results for the day. The first line has the name of the card deck. Then there is a table where the number of matched and missed are shown (M:M) as well as Correct, Distorted, Substituted, and Omitted pronunciations. The results page also displays the number of cards and the number of hints—the number of times the cards were turned face up.

After being exposed to the sound of the target, the client must have extensive practice in producing the target. Hodson and Paden (1983) emphasize the importance of the client’s saying the target sound or sequence as correctly as possible, so as to reinforce the correct kinesthetic sensations. Our experience has shown that a multi-sensory approach to establishing placement, auditory perception, and kines- thetic feedback on productions has been the most effective approach to improving phonological processing and correct speech production.

The format is intentionally low key and simple in order to provide an uncomplicated background for learning. The multisensory approach requires the child to listen to stimuli, repeat information aloud, and touch the screen to make choices. 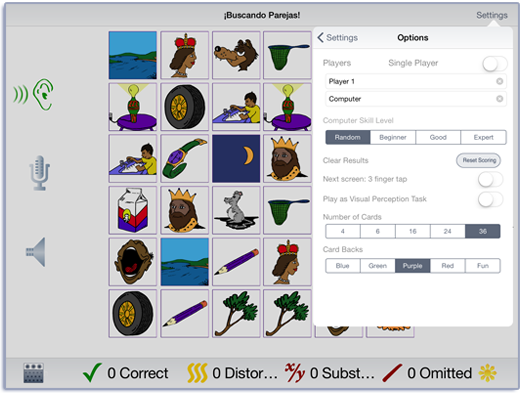 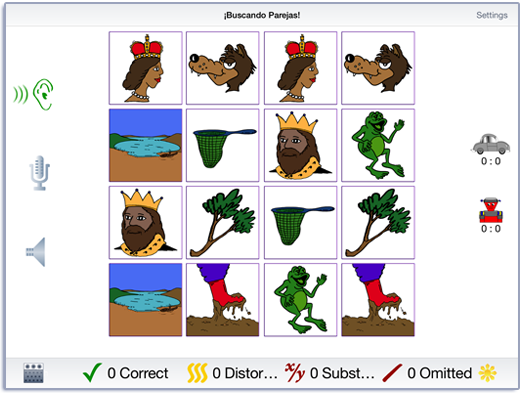 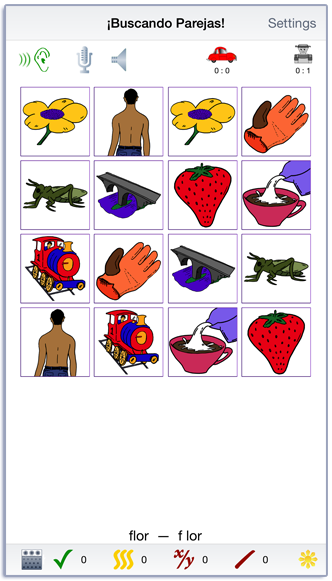 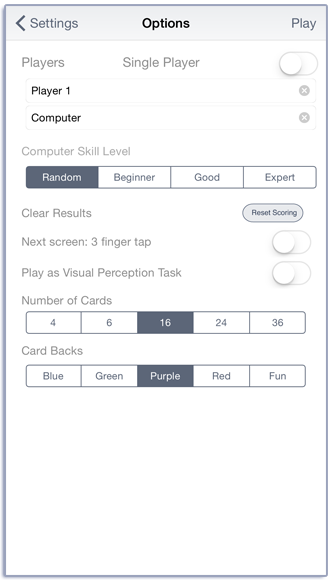 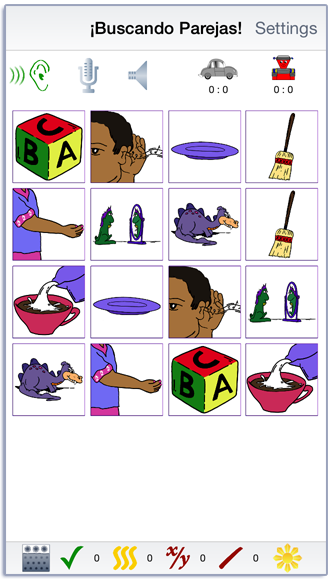 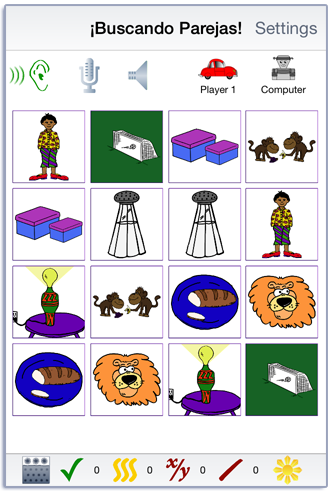