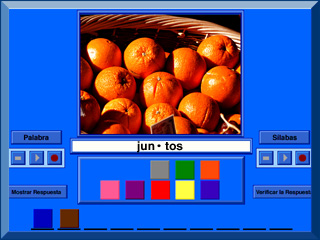 by LocuTour Multimedia
Windows Only

“Es...” Todo is a Spanish version of “It’s a...” Bundle. It includes “It’s a...” Food, “It’s a...” Animals, and Spanish language version of ABC. This version of And a One, Two, Three! has two to ten syllables to practice syllable segmentation in Spanish. 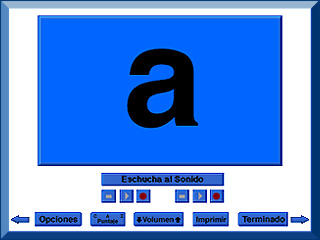 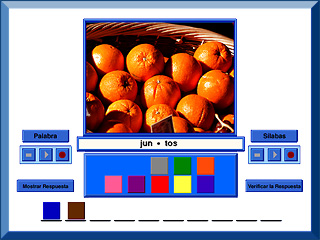 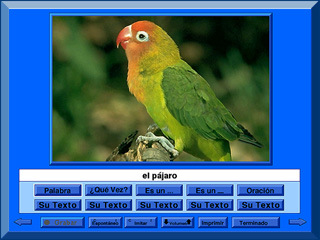 “Es... Animales” has 120 pictures of animals in their habitats.

House; Ranch/Farm; Forest; Mountain; Desert; Insects; River/Lake; Ocean; Africa; Jungle; Prairie/Grasslands; Tundra/Arctic The most basic photographic and written stimuli are of animals around the house. There is a hierarchical progression through animals that live in the jungles, oceans, and other habitats of the world to the final (12th) category of animals on the tundra or those in arctic weather. The one category that is not by habitat is the Insect category, since insects are in all habitats! There are 120 animals to talk about.

You will undoubtedly notice that some animals could be located in more than one habitat. While it was difficult to make a final determination, we chose the groupings based on where the photograph was taken and the logic of keeping animals in familiar settings, which should lead to easier recall of the word. 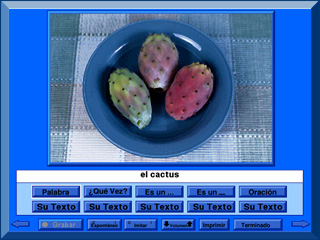 This program is a translated version of a “It’s a...” Food from the “It’s... a” Bundle. It features all of the pictures from the existing CD and 25 additional pictures of foods from Spanish speaking cultures.